TOP companies in the metaverse: Which brands have entered the virtual world?

The concept of metaverse spread over the internet late last year. It became a hot topic after Mark Zuckerberg renamed his company Facebook to Meta and at the same time presented his vision of metaverse. The idea of ​​a virtual world, which has enormous potential, immediately attracted hundreds of companies.

In cooperation with Roblox, Nike, as one of the world's biggest brands, is coming up with a new project Nikeland, where players could play various sports games or run on long distances, thus earning virtual money. They could buy and try different shoes or avatars offered by a virtual world.
It is not the first project that Nike has joined in connection with the metaverse. At the beginning of last year, customers had the opportunity, using augmented reality, to visit the House of Innovation in New York. After entering the house, various fun activities were prepared with a clear goal - to attract customers. 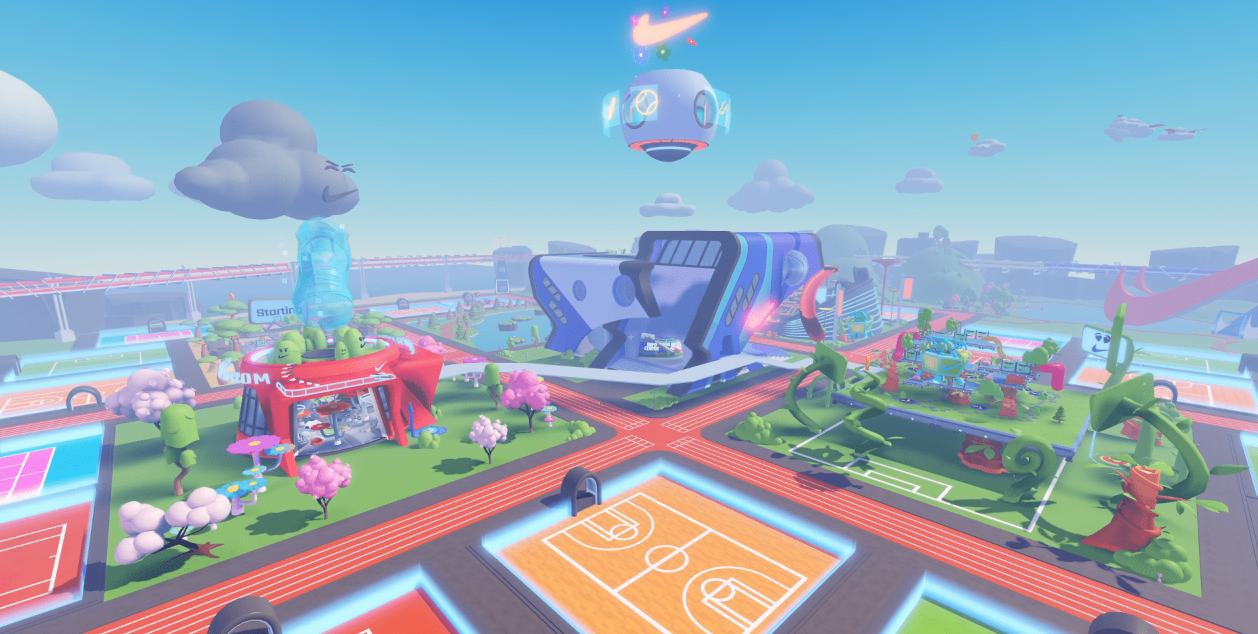 Snap is one of the growing companies in the metaverse that has announced the launch of its avatars using 3D Bimojis. These avatar filters take advantage of augmented reality, which shows the appearance of users in the digital world and allows avatars to change their clothes and faces according to their mood.
The company also comes with its Spectacles AR glasses, which project the image in front of your eyes, turning the user's field of sight into a virtual computer screen where they can receive messages, play games, and communicate with digital or real objects at the same time. 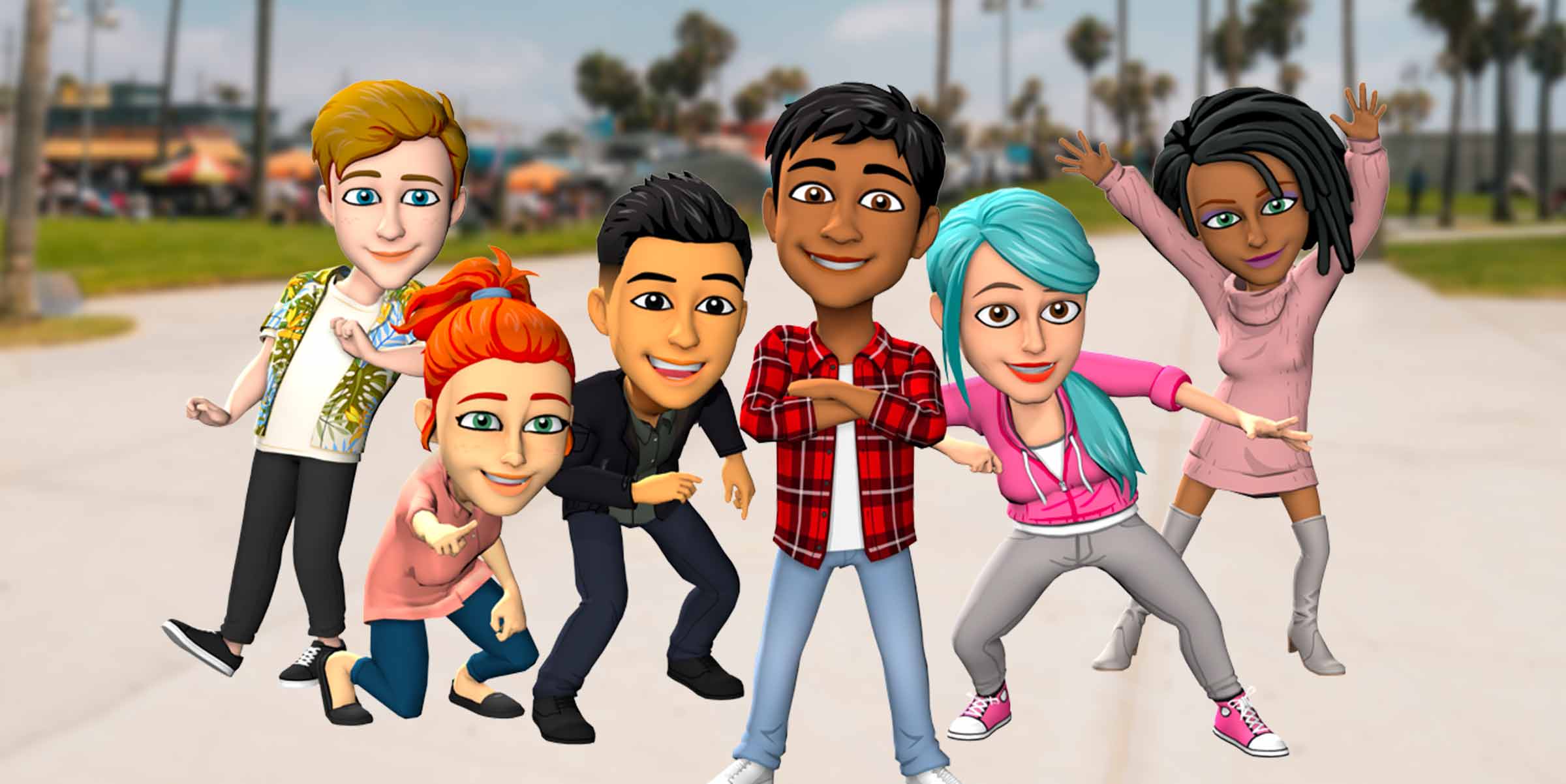 Gucci Garden space was available to everyone on the Roblox platform for two weeks last May. Customers had the opportunity to experience the vision and aesthetics of the brand's creative director Alessandro Michele, who also released pieces from the limited edition in the game.
Since then, the physical exhibition has travelled to several places worldwide; Gucci has decided to keep a virtual version where people can shop and enjoy Alessandro's vision so far due to pandemic measures. Today in the real world, digital models and designs are the basis of most area and building design processes before construction begins. Still, it is the final product of the metaverse. This potential was noticed by chief architect Patrik Schumacher, leading Zaha Hadid Architects' efforts to add "metaverse design" to the company's product list.
"ZHA is currently investing heavily in team-building around several metaverse-related projects coming online. However, we do not want to move away from architecture in the physical world. I think we can be the versatile design company we have always been," said the chief architect. Schumacher's vision for the metaverse is also to equip buildings with holographic projectors, which will allow people living abroad to connect to a video meeting on the screen in 3D rather than 2D.

Zaha Hadid Architects (ZHA) is wading into the metaverse with plans to build a virtual world of curving architectural forms for the real-life Liberland, an unrecognized libertarian microstate between Croatia and Serbia declared by right-wing Czech activist Vít Jedlička in 2015. The company estimates the market potential of the metaverse at $1 billion in annual revenue. JP Morgan sees unlimited possibilities in what the metaverse offers and publishes a white paper outlining the full potential of virtual space for its clients.
JP Morgan also became the first bank to enter the metaverse and open its lounge in Decentraland. Onyx Lounge is derived from the company's banking package, which is based on the Ethereum blockchain and offers institutions or businesses the opportunity to enter the metaverse. The lounge is in Metaiuku, a virtual version of Tokyo's Harajuku shopping district. In addition to a roaming tiger, overseen by a portrait of the bank's chief, Jamie Dimon, the conversation of crypto market experts can also be watched on the premises. 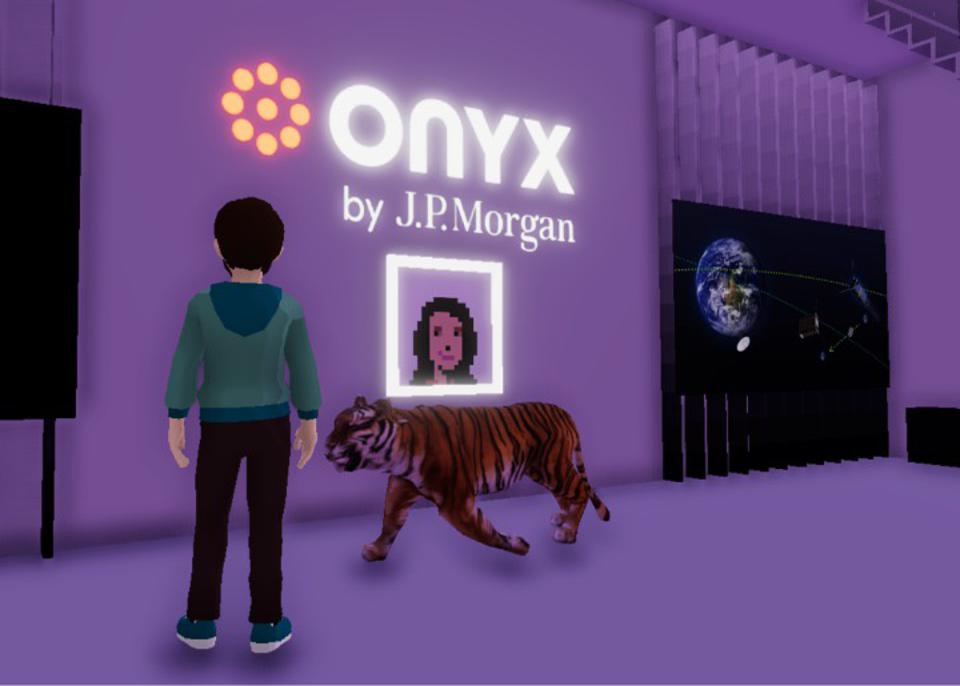 Heineken is one of the newest brands entering the metaverse, and in Decentraland, it has introduced its silver beer. Its advertisement presents "beer without calories, without hidden ingredients and ... without beer". The company introduced the new beer with irony at an event in Decentraland in the presence of Heineken's global boss, Bram Westenbrink. The company wants to achieve the product's primary purpose: to unite people in one place and socialize them. At the same time, it proves that the metaverse can be genuinely unlimited and offers users another way to express themselves. Last summer, Louis Vuitton company launched the NFT game "Louis: The Game" on the 200th anniversary of the founder's birth, which attracted a lot of attention and reached number one on the list of free IOS games for a while. The character in the game was played by Vivienne, who resembled Louis Vuitton. As part of the game, players can travel to the world, where they explore the heritage of a fashion house and collect candles that serve as keys to access the next level. During the game, players come across various NFT works, especially those made by the artist Beeple. 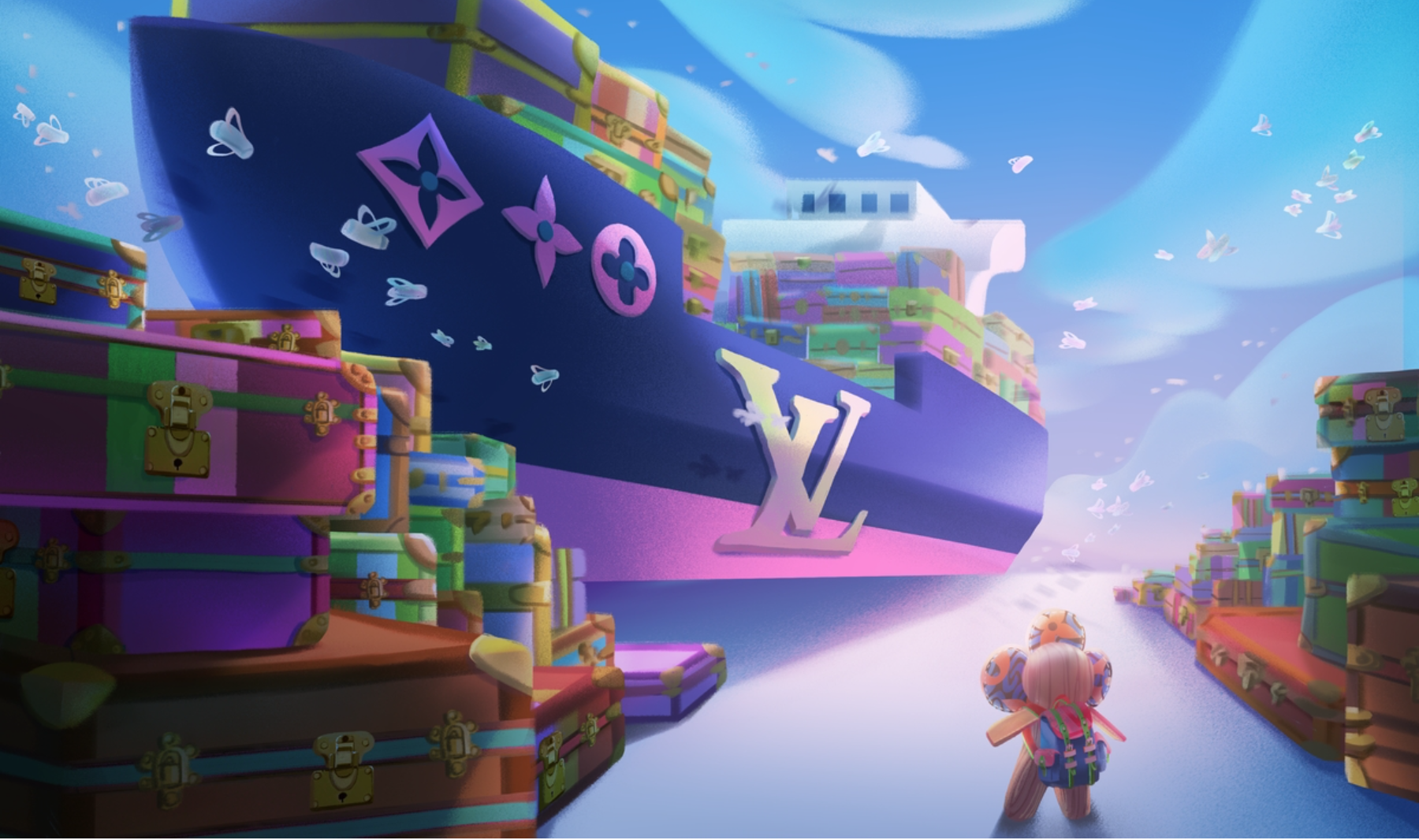 Even Walter Disney's fairy-tale world is entering the digital realm. Disney said it considered the metaverse as another evolution of its 100-year history.
Many of the company's development teams are already working hard to review this new silver screen. The CEO is so curious about how he can revive their fairy-tale characters that he has asked his employee, Mike White, to lead a specific strategy for entering the metaverse. Mike White, who has worked for the entertainment industry giant for ten years, will oversee a team exploring the new possibilities of the digital world.
"Today, we can connect these universes and create a whole new paradigm of how viewers will experience and engage with our fairy tales," CEO of The Walt Disney, Chapek, told the BBC. 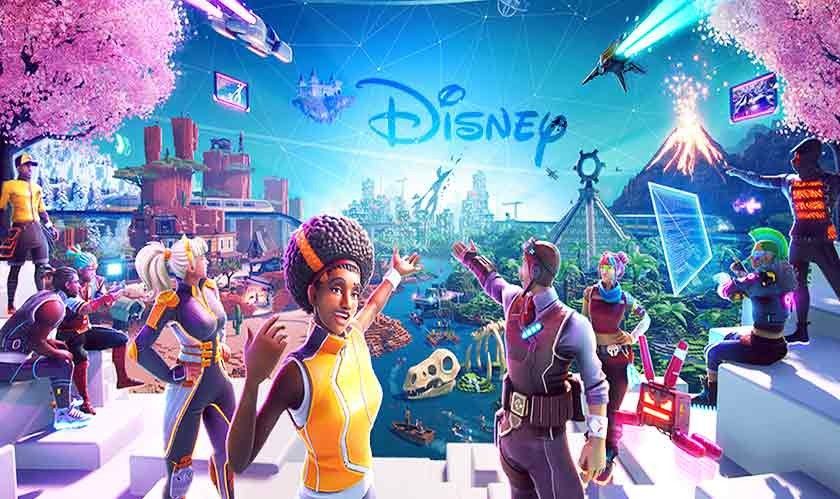 The well-known American rapper is one of many celebrities who want to join the metaverse and claim their land in the digital world. As early as 2021, Snoop Dogg began building his own "Snoopverse" on the Sandbox platform. According to him, he always tried to find new ways to connect with his fans. Rapper plans to hold concerts in the virtual world, thus enabling his foreign fans to have fun at his performances. The land prices in Snoop Dogg's vicinity have risen; in early December last year, one of the NFT's fans and collectors bought the land next to the celebrity for an incredible $450,000.
It is not the only way a rapper comes into digital space. According to the latest information, Snoop Dogg will come to Call of Duty in April, and he will be available in Warzone, Vanguard and Mobile. In addition to his skin, players will also receive three alternative outfits and Snoop's weapon. 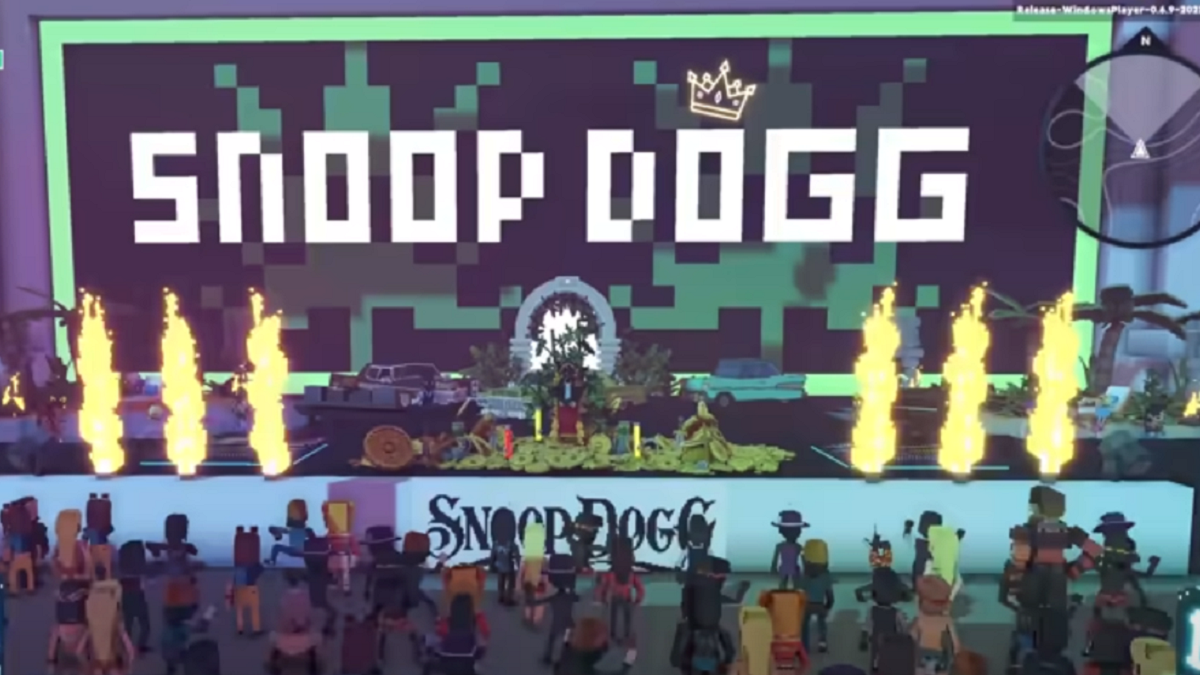 The companies mentioned above are just the tip of the iceberg of companies that have presented themselves in the metaverse so far, and we still have something to look forward to. Walmart claimed for trademarks and patents last December, which indicates that the retailer intends to manufacture and sell a variety of products in the virtual world and is not the only one.
Metaverse will affect industry and technology; the consumer brands are those companies that can benefit the most. The examples mentioned earlier point out that with metaverse, marketing will no longer work the way we know it, and it will change the way companies interact with their customers.

The future of the Internet. Another stage in the development in building social relations. Mark Zuckerberg's escape route. These attributes also accompany the rebranding of Facebook, which changed its corporate name to Meta on October 28, 2021.

Bank of America: Metaverse is a huge opportunity for the cryptocurrency industry

Take a step forward with Wexo. Find out what’s new in the cryptocurrency world and the latest from the last week in our article.

The future of the Internet. Another stage in the development in building social relations. Mark Zuckerberg's escape route. These attributes also accompany the rebranding of Facebook, which changed its corporate name to Meta on October 28, 2021.

Bank of America: Metaverse is a huge opportunity for the cryptocurrency industry

Take a step forward with Wexo. Find out what’s new in the cryptocurrency world and the latest from the last week in our article.