Wall Street giant Fidelity stated that other countries and central banks as well could follow El Salvador and Tesla in Bitcoin adoption this year - predicting that those who buy Bitcoin till the price is low "will be better competitive than their colleagues'.

"If Bitcoin adoption increases, countries that secure some Bitcoins today will be better off in terms of competitiveness than their peers," said Fidelity analysts Chris Kuiper and Jack Neureuter. At the same time, it will not surprise them if we witness other sovereign nations buy Bitcoin in 2022, and we may also see an acquisition from the central bank.

El Salvador, where Bitcoin has become the official state currency, is being watched by politicians worldwide. Several politicians have already said they would consider a similar move if it paid off. Bitcoin is becoming an increasingly exciting commodity. The mayor of Rio de Janeiro plans to set aside 1 % of the city's treasury reserves for cryptocurrencies. At the same time, in the USA, Miami mayor Francis Suarez said last year that he wanted to invest part of the city's treasury in Bitcoins. (1)

An Indonesian college student has become a millionaire selling versions of his selfie photos in the form of non-fungible tokens (NFT) at the OpenSea NFT market. Sultan Gustaf Al Ghozali, a 22-year-old computer science student from Semarang, Indonesia, converted and sold nearly 1,000 selfie pictures as NFT. Ghozali photographed for five years - aged 18 to 22 - it is a way to look back at his graduation.

Ghozali took a selfie in front of his computer, which he later transferred to the NFT and recorded on OpenSea in December 2021. The artist set the price for each NFT selfie at $3 without expecting any serious interest from buyers. (2) Flushing Bank, a commercial bank established by the State of New York, will offer Bitcoin services in Q1 2022. The company is the latest traditional financial institution to jump on the Bitcoin train in partnership with institutional Bitcoin broker NYDIG, facilitating the integration of Bitcoin buying, selling, and holding solutions with Flushing Bank's online banking provider, Q2 Holdings. The bank has 90-year roots in Queens, Brooklyn, Manhattan, and Long Island. If investors are interested in mentioned Bitcoin services, it could help the banks' expansion.

Cryptocurrency adoption in NYC is growing as the mayor, Eric Adams, recently received his Bitcoin paycheck. This announcement could also draw the attention of more people to cryptocurrencies. However, it is not the first bank - many other significant banks announced their involvement in cryptocurrencies, including Standard Chartered, Citibank, JPMorgan Chase, and Goldman Sachs. (3) 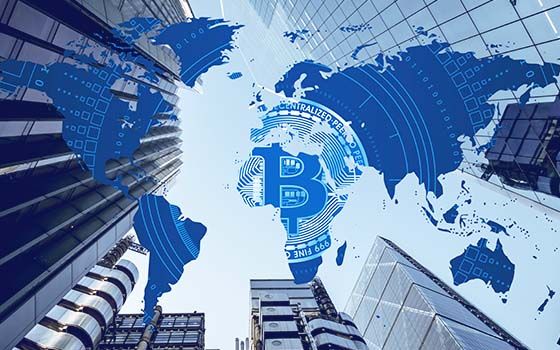